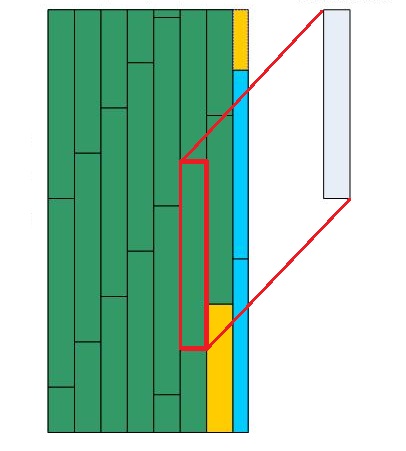 This calculator should answer the laminate's question, "with the known size of one plank and area of a room, how many planks are needed, including the scraps."
Since I had already laid laminate twice :), the task was quite clear, and the calculator was created. A picture is worth a thousand words, so I've made one on the left. It actually depicts the method of laying on which the calculations are based.

Laminate flooring. The calculation of the number of planks